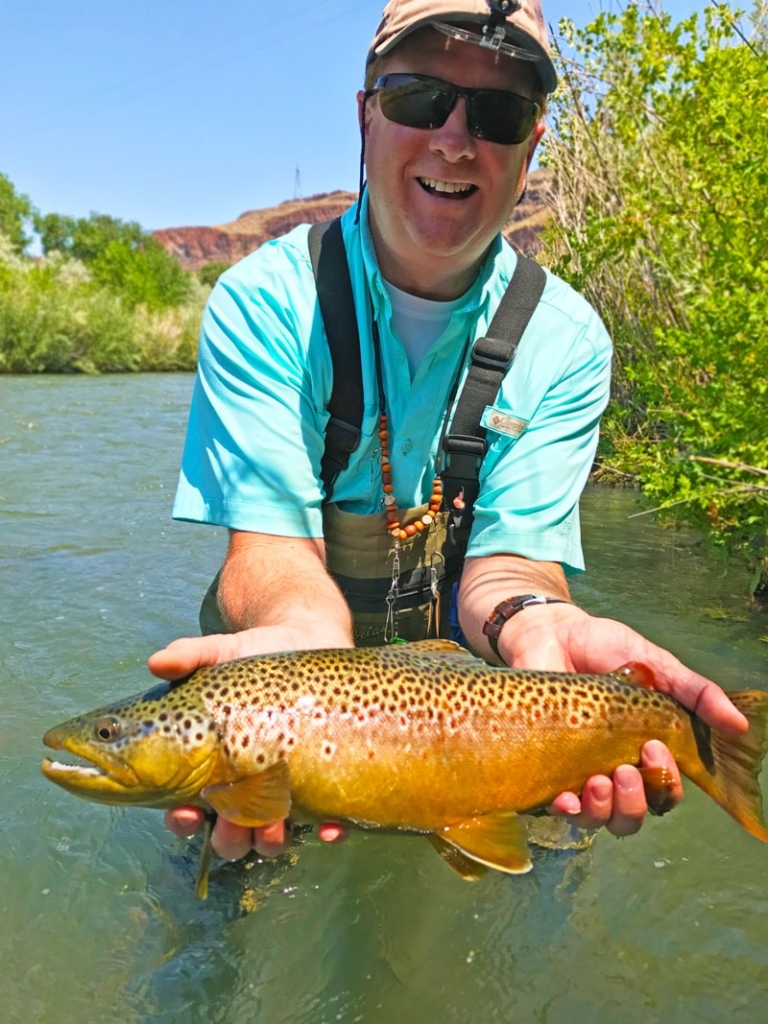 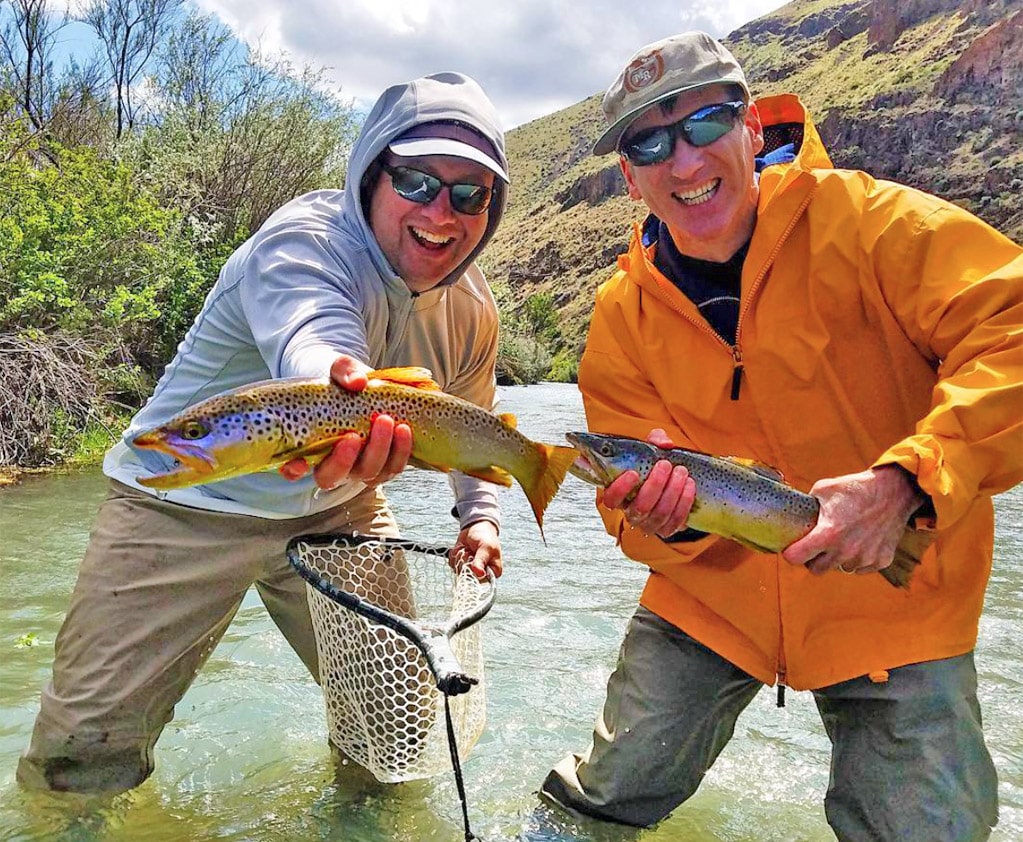 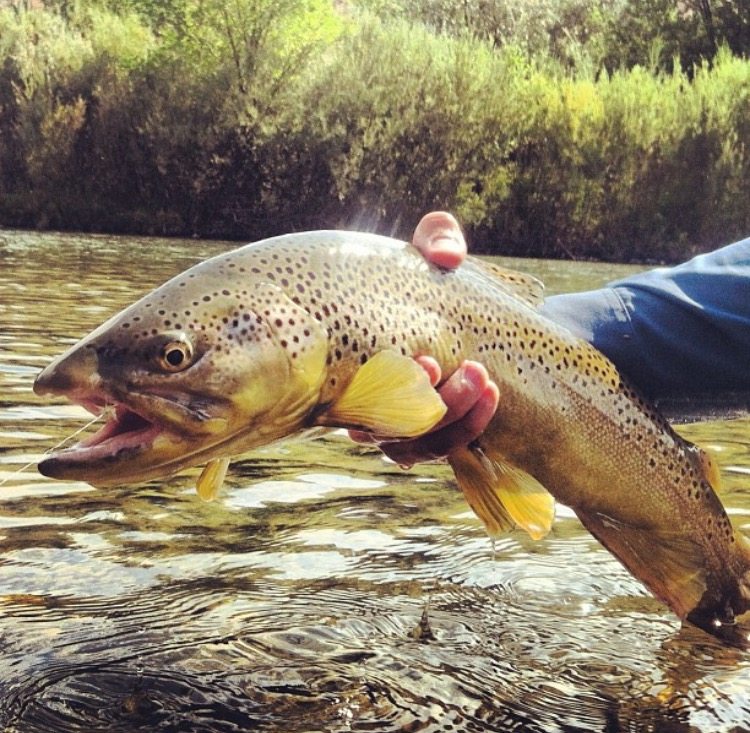 The Owyhee River is Oregon’s finest tailwaters. The river is perfect for taking in vast desert landscapes with steep-walled canyons and a very prolific river chock full of massive brown trout!

Beginning in northern Nevada, the Owyhee River flows northward toward southeastern Oregon and southwestern Idaho before it joins, as a major tributary, the Snake River.

The Owyhee and its tributaries gather watershed from the Owyhee Plateau. The river travels through steep canyon area, valley communities and the Duck Valley Indian Reservation. Once it crosses the Idaho border, it eventually meets up with the South Fork Owyhee River.
As it passes through the lower southeast corner of Oregon, it combines with the West Little Owhyee River (from the south), the Middle Fork Owyhee River and the North Fork Owyhee River (both from the east).

WHEN TO FISH THE OWYHEE RIVER

Summer is the best season on the Owyhee River (below the dam). The flow of the river is dictated by summer irrigation demands. Skwalas and Blue Winged Olive will start as early as March. Caddis will creep, most likely, mid-April. May brings a wide variety of hatches including PMD’s, Callibaetis, Yellow Sally, Ants, Beetles, and Grasshoppers (Mid July). By September, we’ll see Mahogany Duns and Crane Flies. Check out our Owyhee River Hatch Chart and feel free to call our Boise Fly Shop at (208) 939-6065 for up to date info.

Fishing is technically open year-round; however, we stop fishing the Owyhee River from October until December due to spawning brown trout. Sometimes later into the winter, due to extremely low flows which put added pressure on trout.

The explorer, Donald McKenzie led an expedition in Southern Idaho, Eastern Oregon and other locations in 1818-21 for the North West Fur Trading Company. McKenzie sent three Hawaiian natives to explore the river in the winter of 1819-1820, they never returned. Most historians and books assumed the group was killed by Indians.

If you pronounce “Hawaii” without the “H” you get Owyhee. Back in 1918, they nicknamed the three Owyhees. After the group came up missing, McKenzie honored them by naming the river after them.

WHAT YOU’LL NEED TO FISH THE OWYHEE RIVER

At Three Rivers Ranch, we have boots, waders, rods, and reels all available for rental. We have various fly fishing gear from clothing including shirts, pants, sandals, and waders available for purchase. In addition, we have sunscreen and a few other miscellaneous items you may have forgotten, available for purchase. Don’t forget to stop by our shop and load up on the flies you’ll need, don’t hesitate to ask our knowledgeable fly shop guides, chances are they were out fishing yesterday or that morning. 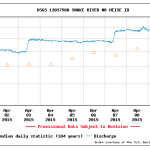 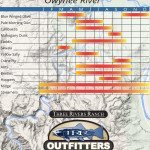 Owyhee River Fishing Report Fishing has been getting more and more consistent as we move further into the 50’s and 60’s for our daytime highs. The question on everyone’s mind “are the skwala’s out?”

Overall, Idaho has had a wonderfully average snow year this season. The entire region is at a normal snow level when it comes to snow water equivalent. Eastern Idaho and Western Wyoming are all

Fish long leaders of 5x or 6x in the 10-12 foot range for best results when targeting those risers on the dries. Flows are holding at 26cfs which means they are very low for

Owyhee River Fishing Report Midges, Midges, and more midges. The name of the game on the Owyhee this time of the year are the midges. Look for heads in the flats sipping in the