The Boise River consists of three separate forks that emerge from the Sawtooth Mountain Range. The confluence of the North and Middle forks join together near the town of Idaho City. The North fork is roughly 50 miles long. The Middle Fork is about a 52 mile stretch. Once joined together, the river continues its flow until it reaches Aarowrock Reservoir. The South Fork of the Boise River is a 101 mile stretch that rises from the Sawtooth National Forest, out of the Soldier and Smoky Mountains near Fairfield, Idaho. The South Fork flows into Aarowrock Reservoir and eventually joins the other sections at Aarowrock Dam.

Past the dam, the river flows west adding in the Mores Creek tributary as it passes through Lucky Peak Dam and into the Boise area. Throughout the city of Boise, the river is lined with a 35 mile recreational and alternate transportation area known as The Boise Greenbelt.

The Boise River then winds west toward northern Canyon County, where it eventually meets up with The Snake River at the Idaho-Oregon Border.

The Boise River is one of the best urban fisheries in the states, it is probably the most beautiful. The South Fork is about an hour & a half away from Boise, an easy day drive. There are many other spots to go camping as well should you want to fish any fork of the Boise River. 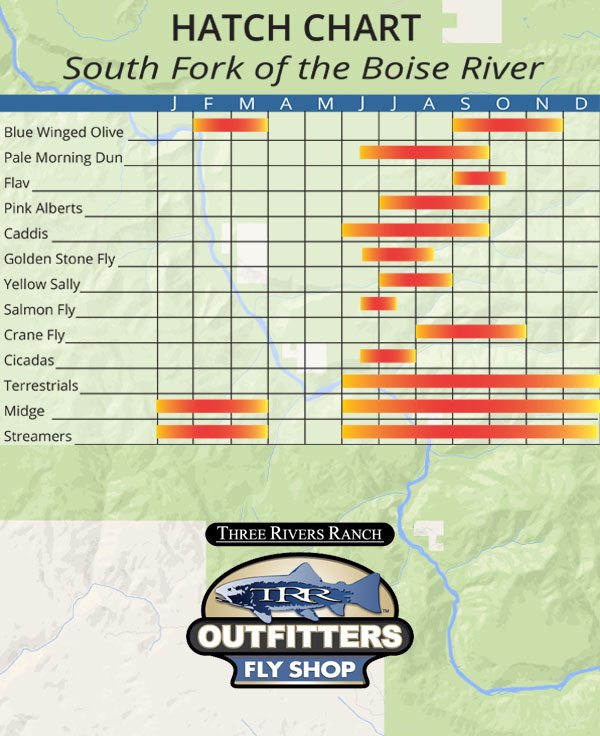 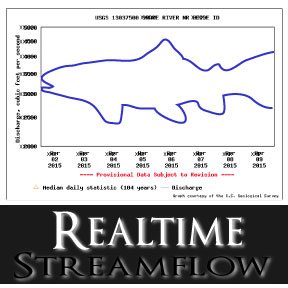